In October 2014 I prepared to go on a backpacking trip on my own in Salt Creek, which is in Canyonlands South, The Needles District, Utah.

You can view the introduction here: Preparing for a Four-Night Backpack Trip Alone, to the All American Man Pictograph Panel.

On the night of the 18th, I was camped on slickrock near Canyonlands National Park south, after picking up my bear canister from the visitor center at The Needles, which is now required of all backpackers in the Salt Creek zone (rental is free). My peaceful evening on slick rock actually turned out to be fun as I was invited over to join a group of climbers around their fire, and we all played a game called Cards Against Humanity (it was a blast, but not for people who have overly sensitive dispositions). I find that when I’m traveling alone, I meet a lot more people and get invited to more things than when I’m traveling with someone. 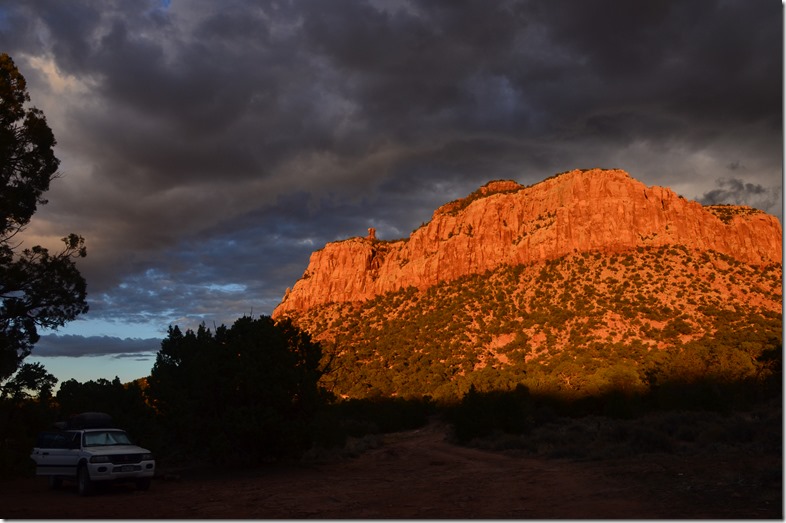 On the 19th, I packed my Osprey Exposure, which is size small, and has the shortest torso length I’ve ever been able to find (I’m not quite 5’ 1” tall). The bear canister just barely slid in, and it filled it front to back, leaving hardly any space at all. I had a little room down each side to stuff things in, and space under the canister. So my pile of stuff had to be cut down. I replaced my tent with a bivy sack, and my rain gear with a rain poncho, which would double as a tarp if needed. I had extra clothes for warmth (it was around 40F at night), and a change of socks and undies, my down sleeping bag (32 degrees F) and some camp shoes. My water filter is the Sawyer Mini, which I love because it is small, lightweight, and can be used in a variety of different ways (good for 100,000 gallons). I had my little MSR stove, and food for four nights and five days, which all had to fit in the canister, and one tiny pan that I would use for a cup and bowl as well. My bedroll and hiking pole strapped to the outside. It was fairly crammed full, but I’d managed it. Then there were the bits and bobs of personal items.

Then I set out to find the trailhead which was 19 miles from the paved highway (Indian Creek Road) along Beef Basin Road (On my atlas it’s called Bridger Jack Road, which turns into Gooseberry Road) and it was a typical Utah back road. Smooth at the beginning, then washboard, and getting rougher the further you drove. High clearance would be good, but I don’t think 4WD was required, at least not when I was there. However, these roads are subject to flash floods and can change each year. Washes crossed the road, a gate had to be passed through (too heavy for me to lift when putting back up, so I had to drive Mitzi close to it and balance the gate on my car so I could pull the gate into place and hook the wire over the post again. Small women on their own have to get ingenious), and parts of the road were cut into the sides of rocky cliffs with sheer drop-offs, leaving no room for two cars to pass if they met on a blind bend. If a heavy rain fell, it would be easy to get stranded out there for several days.

The parking for the trailhead was UNMARKED, so keeping an eye on the trip meter was very important. After an hour-and-a-half of driving the dirt road, I found the parking area and chose my camp/parking spot for five nights. A nice shady spot. (I drive slowly, to help save the road from turning to washboard, and to protect my vehicle).

Later on, two other people showed up who also had permits for four nights in Salt Creek. They were braver than I and slept on a tarp under the stars. I’m sorry; I don’t mind bugs, snakes, tarantula spiders, mice, scorpions, and other bugs, but I DO NOT want them crawling into my sleeping bag at night. I like to be zipped in a nice little protective shelter that little can penetrate.

I fell asleep that night while listening to Mary and Gerry recite poetry, sing songs, and point out constellations to each other. 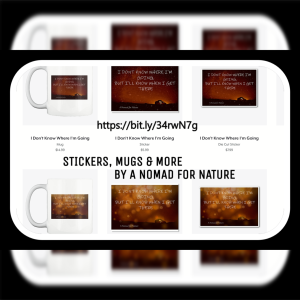 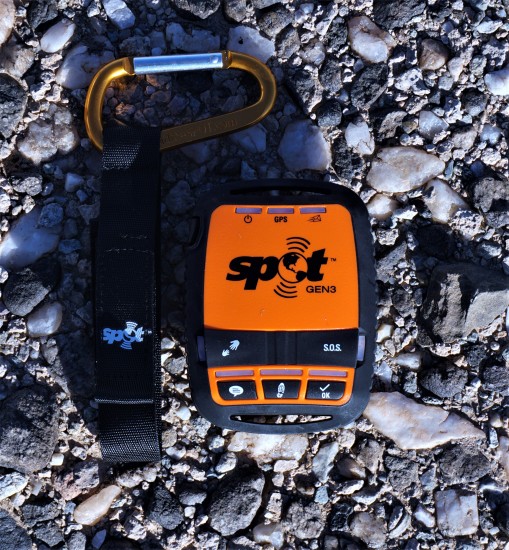