After Bob Wells and I did the recording for the final video on the Personal Locator Beacons in Parker, AZ, I was antsy to go somewhere I’d not been before. I’d been invited to a small gathering called The RTR Hangover Gathering, in Superior, AZ, and decided to see what it was all about and meet up with some friends I’d made on Facebook, but had never met in person.

It was a small and easy-going group of people with John Patrick Ronning at the helm (he is the administrator for the Facebook group called Outdoor Cooking and RV Boondocking). Throughout the day we just kind of lazed around in camp, visiting with each other, taking short walks, or just kicking back and enjoying the view of Picketpost Mountain. Then, in the late afternoon, we would all gather around the communal fire pit and visit while watching Pat cook. We would all contribute to the meal, but Pat insisted on doing most of the cooking, and boy, could he cook! (I believe he is in the process of writing a cookbook on outdoor cooking). Here are some shots of his cooking: 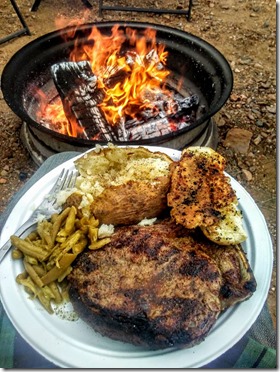 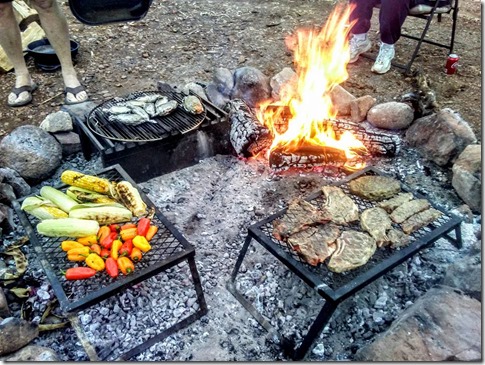 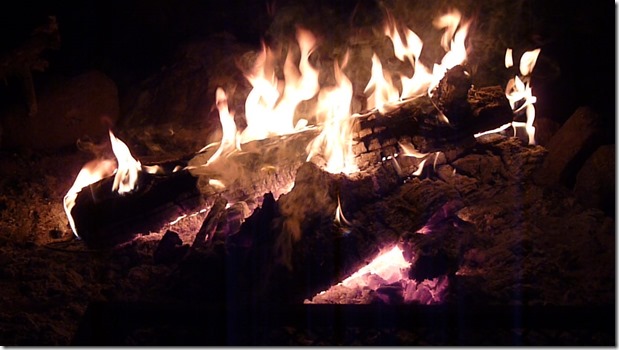 The RTR Hangover Gathering was just a short walk from the Pinal Cemetery, where Mattie Earp was buried. Here is what Wikipedia says about Mattie Earp:

Celia Ann “Mattie” Blaylock (January 1850 – July 3, 1888) was a prostitute who became the romantic companion and common-law wife of Old West lawman and gambler Wyatt Earp for about eight years. Knowledge of her place in Wyatt’s life was concealed by Josephine Earp, his later common-law wife, who worked hard to protect her and Wyatt’s reputation in their later years.

If you want to learn more, here are a few more articles: A Grave Matter for Mattie Earp and Sweethearts of the West, Mattie Blaylock, The Smell of Gunsmoke Mattie Blaylock.

Aside from gatherings around the campfire, there are several trails in the town of Superior, and also the Boyce Thompson Desert Arboretum State Park. I didn’t think that a desert arboretum would be too exciting, but I was so wrong. It was truly beautiful and quite fascinating, not only because so many plants were in flower even in February, but also because it had a collection of plants from various deserts around the world. I would highly recommend you visit this arboretum, and allow longer than you expect. There are quite a few trails to explore, wildlife galore, and lots of benches in the shade that simply invite you to sit and linger, or to have a picnic while watching the hummingbirds and cardinals.

Here are a few images, I wish I could share more: 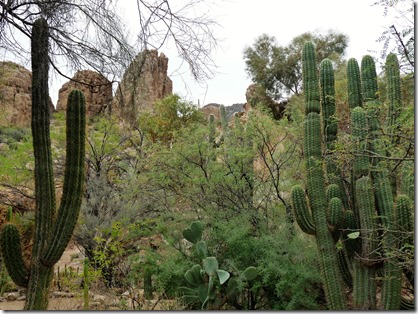 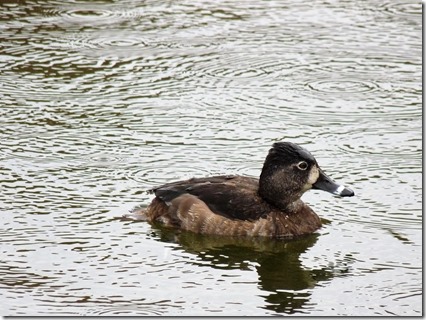 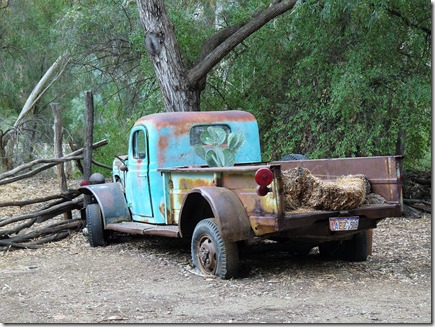 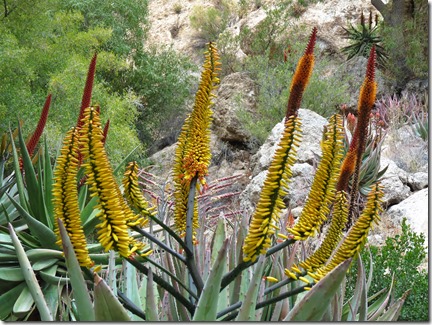 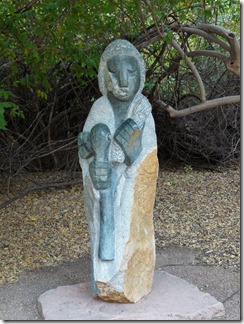 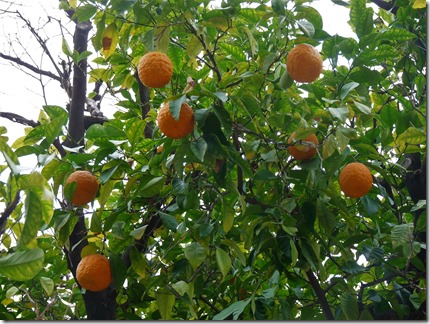 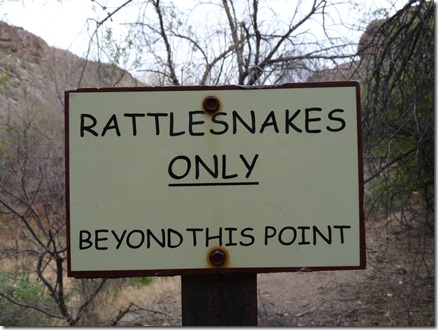 While I was at the RTR Hangover Gathering I took on a dog sitting job for a few days. The day before I was to take care of this huge dog named Atlas, and the Class A he and his owners lived in, it started to rain, and rain, and rain, and the area we were camped in basically turned into a great big mud bath. I think I spent most of the first day cleaning mud off Atlas’s paws and my boots, and of course the floors in the motorhome. I had to build a little walkway out of rocks in front of the door because water gathered there and it was basically a pool of mud, and well, you can tell by looking at the tires on Studley Van (below) how bad it was. Thank goodness for AWD and big rugged tires.

It was a challenge to take the pooch for a walk, and I would check that nobody else’s dogs were running around first. Atlas was such a big puppy, that I couldn’t hold onto him when he decided to take me for a walk (he wasn’t fully trained yet), so I had to create a harness for myself, which I wrapped around my upper torso. This enabled me to hold onto Atlas not only by his leash with my hands, but I could hold onto him by bracing my whole body within the harness. I can’t tell you how many times I had to dig my heels into the mud and lean back into my harness to stop him from dragging me through the cactus, like a little doll on a piece of string.

It was hard work, but also fun and I enjoyed his company. Afterward, someone asked me if I wanted to get a dog of my own now, and I told them no, and that having Atlas for three days had merely confirmed to me how restrictive owning a dog can be when you live this kind of lifestyle. For some, having a dog has a lot of pro’s, but there are also a lot of cons. Perhaps I’ll do a post on the subject one day. 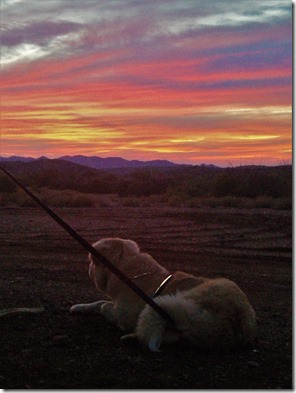 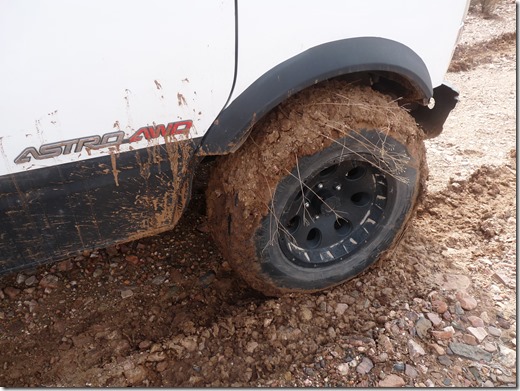 The desert around Superior is quite attractive, however, there are several mines in this area and they can be noisy at times, even in the middle of the night, and I suffered a few sleepless nights.

I hope you have enjoyed this installment of my travels during the winter of 2017/2018…but I’m not done yet. 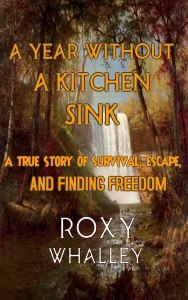