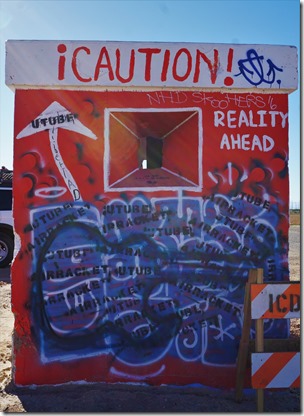 The sky was turning red, and the sound of bombs exploding coupled with the stench of burning trash made me feel like I was in some third-world country. I watched the plumes of smoke billow into the sky, and plugged my ears as the bombers flew overhead so close that I could feel the earth vibrate beneath my feet.

The aircraft made a big circle before dropping more bombs onto the bombing range nearby, and my friends and I watched the mountains explode in the distance. I covered my nose as a light breeze carried the stench of burning plastic, rubber, and who knew what towards us. Someone in The City was burning their weekly accumulation of trash, probably in an old oil barrel. As hard as I tried not to breath in this thick, cancerous smoke, it was an impossible feat.

A group of us were sitting in the shade of a white van, and in unison we each took a swig of our ice cold, 3:2 beers, as we kicked back in our camp chairs and watched the show in amazement.

No we weren’t in some third-world country, instead it was just the end of another day at Slab City, CA,  otherwise known as The Slabs! 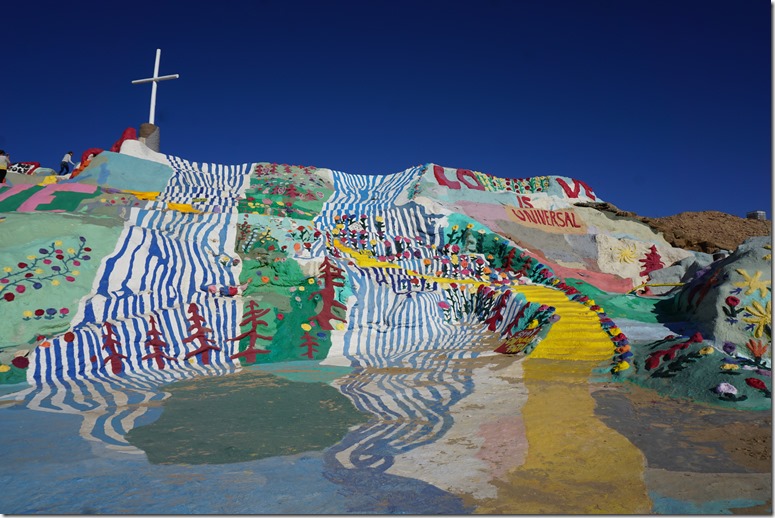 When I told my parents I was planning to go to Slab City, they decided to Google it, and afterwards they begged me not to go. However, I’d made a promise to meet some friends there with the plan to look out for each other, and the assurance that there should be safety in numbers and so on… and I didn’t want to regale on that promise. So, on January 30, 2016, I arrived at Slab City.

This is the first of several posts covering my visit to The Slabs…one of the most fascinating places I’ve ever had the opportunity to visit.

You can view future posts about Slab City by clicking on the February 2016 link in the right column of this blog, or here:

Until then here’s a little quote for you to muse on… Travel is quite possibly the best defense against prejudice, and it is something we should all experience as often as possible ~ Roxy ~ NomadforNature.wordpress.com/

Roxy ~ a Nomad for Nature

THANKS FOR SUPPORTING THIS SITE BY ACCESSING AMAZON VIA ANY OF THE LINKS IN THE NOMAD STORE $. I’LL MAKE A SMALL PERCENTAGE ON YOUR PURCHASE AND IT WON’T COST YOU ANYTHING, EVEN IF YOU BUY SOMETHING DIFFERENT. (Links are good for 24-hours after you click a link, please return to this blog to enter Amazon again after one day has passed).